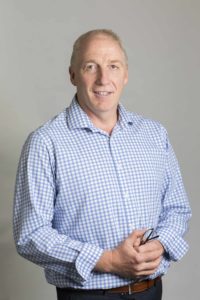 Ian is the Director and Principal Physiotherapist and has been at Box Hill for over 20 years, having a great affinity with the local area and all his patients. He is a Sports Titled Physiotherapist, as awarded to a select few clinicians by the Australian Physiotherapy Association.

As well as his Physio title, he has qualifications in Physical Education and Exercise & Sport Science. Ian has a vast array of experience both on and off the sporting field. Between 1994-1996, he was the senior Physio of the Hawthorn Football Club (AFL), and was also part of the Sydney 2000 Olympic medical team. He’s also been involved as Head Physiotherapist of the Scottish national Rugby team and on the World Rally Car circuit.

Away from the sporting field, Ian has a particular interest in the post-surgical management of joints such as the hip, knee and shoulder. He has been involved in several research studies looking particularly at hip arthroscopy and identifying the best methods of rehabilitation post surgery. Another area of focus for Ian is adolescent injuries, having two teenage children of his own.

A keen observer of his son’s weekend sporting acitvities, Ian provides his physio expertise to both the Balwyn football Club and Canterbury cricket club. With such a vast array of experience, Ian understands precisely the patient’s needs and always works towards their long-term rehabilitation goals.