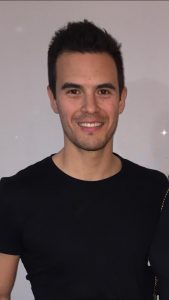 Shaun has returned to Box Hill Physiotherapy, after working here several years ago.

After gaining his qualification in 2007, Shaun cut his teeth in private practice between two prominent clinics in Melbourne, where he honed his assessment and treatment skills by working alongside some of the best physios in Australia (several of whom have worked prominently in the elite sporting environment). Not only did this allow him to develop into a proficient physio clinically, it engrained in him the caring, holistic approach that he still works by today.

In amongst playing several seasons of A-grade amateur football (AFL) for Old Xaverians , he also served as a physio for the club, helping implement and supervise the players’ rehabilitation from injury and conditioning week to week.

Shaun believes in delivering the  best outcomes clinically by having a balanced approach between quality hands on techniques and implementing a tailored strength and rehabilitation program to ensure his patients are not just getting a bandaid solution and can reach their long-term goals.

Away from work, Shaun is a big family man who enjoys being outdoors and spending time with his loved ones.